About Us Meet Our Staff Silvia Calderon 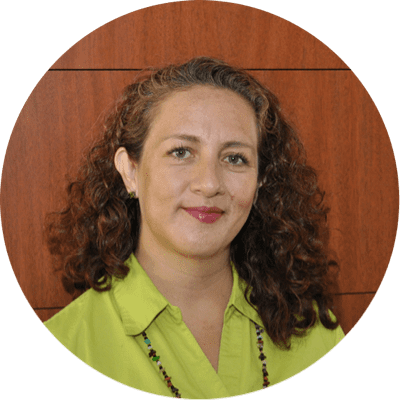 Silvia Calderon was born and raised in Mexico City and has a Bachelor’s in Communication. She defines herself as a restless and curious person, this quality took her to explore jobs at different media. She has been radio producer, did voice over, wrote articles for three magazines and taught at two universities, in one of this she took the lead in the creation of an internet radio station. But her real learning adventure began in 2009, when she gave birth to her greatest teacher, Sara.

Sara is a healthy girl with Down Syndrome with all the strength to fight for her dreams and all the courage to shine bright like a little star.  The family came to Miami in 2011, and with Silvia’s strong need to help others to understand the world of special needs children, she became part of the staff of Parent to Parent of Miami on February 2017 as an Education & Support Specialist providing help and support to those that need a little push to learn and advocate for their children.