About Us Meet Our Staff Farides Garcia 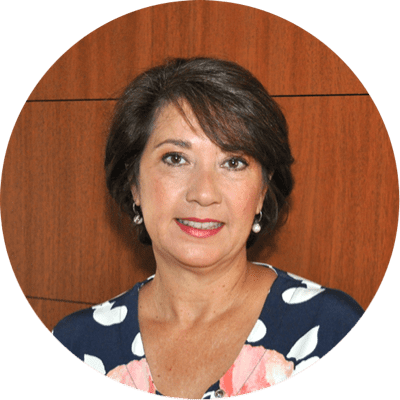 Farides Garcia serves as President & CEO of Parent to Parent of Miami. She has been supporting the organization, which is close to her heart, since 2003 as she truly believes in the mission and the important support provided by the organization. Fari first served on the Board of Trustees as Member and Treasurer in 2004, and later as Board President from 2007 to 2009. Farides transitioned to staff position as Program Services Manager in 2009 and promoted to Operations Manager from 2011 until her promotion to President & CEO in October 2021.

Farides strives toward making the world a better place for children and adults with disabilities. Her goal is to help families find their voice and help bring the family perspective to those in the community.  She is the proud mother of two young men in their early twenties. Her youngest son David is diagnosed with autism and has taught her to view the world through different lenses, to enjoy the small things in life and to always hold on to hopes and high expectations for people with disabilities.  She has been on various panels presenting the family perspective to medical students, therapists, and other healthcare workers. She holds a bachelor’s degree of Science in Nursing from the University of Miami.