About Us Meet Our Staff Isabel C. Garcia 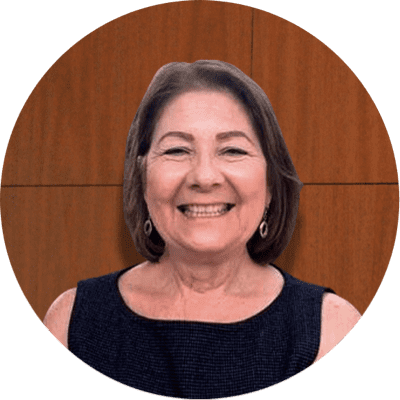 Mrs. Garcia joined Parent to Parent of Miami in 1989, served as Vice President and President of the Board from 1992-1997. In 1997, Isabel was designated the Executive Director of the nonprofit, and that year Parent to Parent of Miami became one of the first ten federally funded Community Parent Resource Centers receiving grants awarded by the U.S. Department of Education Office of Special Education Programs (OSEP) under the Individuals with Disabilities Education Act. In 2004 the program was funded by The Children’s Trust to expand and increase parent advocacy efforts to improve outcomes for children and adults with disabilities.

Isabel shares her home with her daughter, Daniela (who has Cerebral Palsy) and her husband Mario. Her youngest daughter Maritza and husband Kevin blessed the family with two beautiful grandchildren Connor and Avery. The love of her family and working with children with special needs and their families is the energy that feeds her soul. With more than 34 years of experience supporting families and children, she believes that parent advocacy is the key to improving outcomes for children at home, school and community. For her efforts, Isabel has been recognized with the Children’s Services Council 2002 Champion for Children Community Service Award, The Exceptional Parent Maxwell J. Schleifer Distinguished Service Award and in 2008 Parent to Parent of Miami received The Children’s Trust 2008 Excellence Award Programs for Children with Disabilities. In April 2009, she was honored with the Cruz-Whitehurst Advocacy Award at the Annual UM-NSU CARD Tropical Nights.